What do you get when you mix technology and horror movies? Some killer tech! Technology is meant to aid and make our lives easier, maybe that’s why it’s so terrifying when this very technology turns against us. Not to mention the unknown scares us along with things we don’t fully understand. I know what a computer is, but I don’t really know. What are all the components inside and what do they do? How do I code? What’s the keyboard shortcut for an em dash? Also, technology is ever-evolving and doing so at a such a rapid rate it’s making our heads spin. The future is definitely arriving sooner than later.

With Halloween here, let’s have a scream and look at the best tech depicted in horror movies. Everything from A.I. to cars to good old fashioned VHS tapes, this list of tech is sure to make you abandon everything and go live in the woods.

No better way to begin than with one of Halloween’s original classic icons: Frankenstein’s monster. Frankenstein is a scientist who pieces together a human body from parts of the recently deceased, then brings it to life through electricity using his machine. Electroshock therapy anyone? Any machine that can reanimate life deserves to be feared.

Seth Brundle is a brilliant scientist who has invented a set of telepods allowing instantaneous teleportation from one pod to the other. Not impressed? Did I mention it can fuse together two lifeforms at the molecular level? When Seth tests his invention on himself, he is unaware of a housefly that enters the pod and teleports with him. Thus begins the slow, painful (and gross!) journey of transforming into a giant fly. Deluxe can of bug spray, anyone?

Flying pieces of machinery are, in itself, a wonder. A spaceship that can generate an artificial black hole and bring two points in space together, eliminating space travel time? A miracle. A spaceship that ends up traveling to hell and back? Oh. Hell. No. This terrifying tale set in 2046, follows a rescue crew checking on the lost starship Event Horizon as it disappeared seven years ago and spontaneously reappears. What transpires will have everyone wishing the Event Horizon had stayed missing.

A teenage boy’s dream: take his girlfriend for a ride in his own car. A teenage boy’s nightmare: said car trying to kill said girlfriend with a hamburger. Either the car is a plant-based meat advocate or it’s possessed. Christine is a 1958 Plymouth Fury bought by Mr. Unpopular Arnie Cunningham that seems to have a mind of its own. Well, at least it stands up to bullies.

The 2019 remake of the 1988 classic veers in a different direction in regards to Chucky’s origins. Instead of an ordinary child’s toy being possessed by a serial killer, it is now a high-tech doll designed to be a companion to its owner; learning from its surroundings and adapting. Things get interesting when Chucky becomes self-aware and begins a murderous rampage emulating the horror and violence he sees on TV. Maybe they should have tuned into Sesame Street instead.

Countdown is another movie set in today’s tech savvy world. Mobile apps are designed to simplify the use of programs and applications on our mobile devices. There are now millions of apps available to help and entertain us, from games to navigation services to food delivery. What if there was an app that could tell us when we die? First, they must have some gifted developers. Second, why would someone want to know? Third, who are the developers? I have a great idea for an app!

This Japanese horror classic has spawned a number of remakes and sequels, but still stands supreme. The internet has been revolutionary allowing us to seek knowledge on anything we wish and instantly communicate with loved ones. Pretty awesome. Still awesome if they were dead loved ones? Ghosts traveling through our CAT cables to terrorize the world is an issue I really, really, really hope our IT guy has an answer for.

Like Pulse, The Ring started off as a Japanese horror movie. However, this American remake does its predecessor justice. Compared to a DVD disc, there’s just something nostalgic and creepy about a haunted VHS tape with its components and guts containing audio and video ingrained in its rolled up film. Death comes seven days later to those who view this VHS tape. Here’s hoping they at least remembered to be kind and rewind.

Little Jimmy always wanted to be on TV. Now’s his chance! TVs have been a blessing (and a curse?), entertaining and educating us through the years, even playing babysitter to our little ones while we work around the house. Poltergeist focuses on a family and their home being invaded by malevolent ghosts that abduct their daughter. They begin hearing her voice from inside their TV set. Quick, someone hit record on the DVR!

The final tech on the list actually isn’t evil or doesn’t try to kill anyone, it aids the good guys in their battle. They Live follows a man who discovers the world is being run by aliens and, with a special pair of sunglasses, can detect which humans are posing as aliens. Google Glass, eat your heart out. Or should we say “eyes” out! 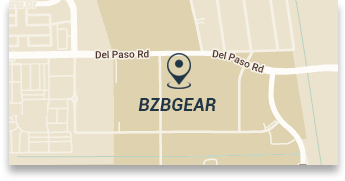 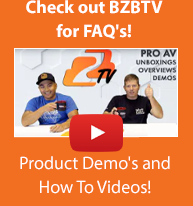